From the beginning N&J was a great success and quickly started to develop its own trade and customer base. With this addition to the range of products on offer from what used to be only W H Doherty & Co, the manufacturing was liberated to pursue the very special investment required to make it "world class".

However, there were forces in action over which neither company had any control and those were exchange rates! For year after year the £ had fallen against the DM and the Swiss Franc. While the fall against the DM made trading in Germany more profitable, the Swiss Franc business became more difficult to manage and there were some difficult moments with the Swiss supplier which clearly showed that N&J had too much reliance on one supplier. Doherty on the other hand was doing well in Germany and competing with the German suppliers. This is until the exchange rates were stood on their head by the German purchase of the new lands in the east and then the announcement that Germany was going to join the Euro. From that moment, the exchange rate went from DM2.4 to £1 to DM3.2 to £1 and W H Doherty quickly started to rack up losses on currency, although the change did not do too much to help N&J with the Swiss Franc. 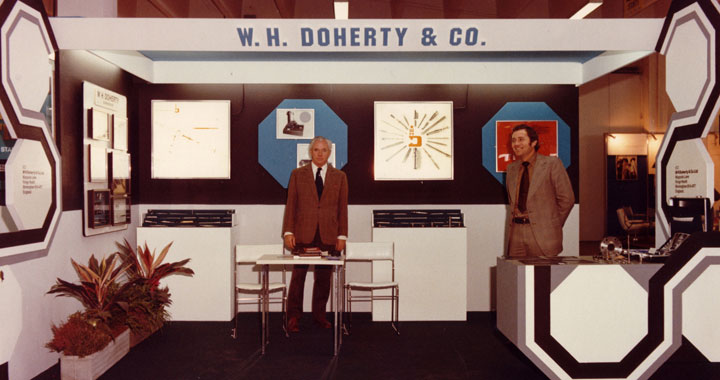 Firstly we approached our largest German customer and told them our problem. They understood and sent in a team to audit their business with us to determine exactly what the state of their account was. As a consequence they offered us a massive price increase for a period of 1 year only and in that time we had to come up with a solution. The solution suggested was that we move our manufacturing company east to one of the Old Russian occupied States. This was now 1996 and we had already developed a good customer relationship with a Canadian manufacturing unit in South East Hungary where we were a preferred supplier. The idea therefore of moving W H Doherty to a new location in Hungary was logical, though still highly ambitious.